I spent a big part of my career in manufacturing and supply chain. It started right out of college. I went to work designing components for printers working closely with contract manufactures. After a few years, I moved on to a team responsible for starting up manufacturing of new products. I would work between design engineering, go-to-market teams and manufacturing operations to launch a new, flagship product.

The next move in my career is when the real fun began. I was presented with an opportunity to manage a 100 person manufacturing operation. New management had just taken over global operations with a desire to make major changes. I was brought in to implement the vision they had for a leaner, more flexible, competitive operation. It was a matter of saving jobs. The threat of outsourcing loomed large. This is where I learned a lot – very quickly. There were 5 things that I wished I had known up-front but learned the hard way.

You can’t make everyone happy

Like so many women, I am a people pleaser and I knew with so many people working for me, I would never be able to make everyone happy. We had a lot of improvements and changes to make, which people don’t typically handle well. What I learned is that no matter what you do, you cannot make everyone happy. The most important thing is that you are respected; and that is accomplished by honesty, following through on what you say you’re going to do and helping people to understand why you’re making the changes you are.

Don’t be afraid to make mistakes

Shortly after I started in operations I made what I thought was a monumental mistake. It required reworking finished goods and caused inventory issues that had to be corrected. As women, we fear making mistakes which often holds us back. I had an amazing mentor at the time (which she still is today) give me the best advice I ever received. She said people won’t remember the mistakes you made. What they will remember is how you fixed it. That has stuck with me to this day. We have to stop being afraid of making mistakes. It’s so much more important to try and if you make a mistake – own up to it, fix it and then learn from it. 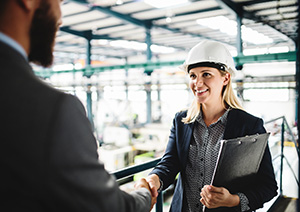 Enlist the help of others

As a new operations manager I felt like I had to somehow prove myself. The new operations leadership was looking to make major changes. I took on everything myself including generating ideas, and figuring out how to implement them and quickly got burned out. I learned quickly that the people on the floor can be the best source of ideas of how to improve things. And by including the people responsible for implementing the changes in the idea generation process, you are more likely to get buy in on making those changes.

Stay ahead of industry best practices

In an improvement effort, we implemented a new process to replenish parts to the line. The hope was to reduce inventory and enable material operators to spend time on more value added activities rather than walking around looking for empty racks. It was a complicated project with marginal results. If I had been on top of Industry 4.0 technologies I would have known that there were more effective was to implement these types of process improvements. In my current role, I help manufacturing organizations to implement Industrial IoT material flow solutions to help with the very challenges I had then with much better results. 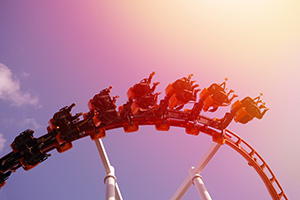 Working in manufacturing operations was one of the most fun times I had in my career. Now it’s true that the lows can be really low – like having to write someone up or worse yet firing someone for insubordination. But on the reverse side the highs can be so much higher. Like the satisfaction of delivering the first launch machine off the line or working tons of hours of overtime and pulling out all the stops to deliver enough product so your company to make their year-end revenue target. But the best thing…is the people you work with. The people in manufacturing are a different breed. They are the backbone of America and they know how to make things happen. It’s the people that make working in manufacturing the best job there is. 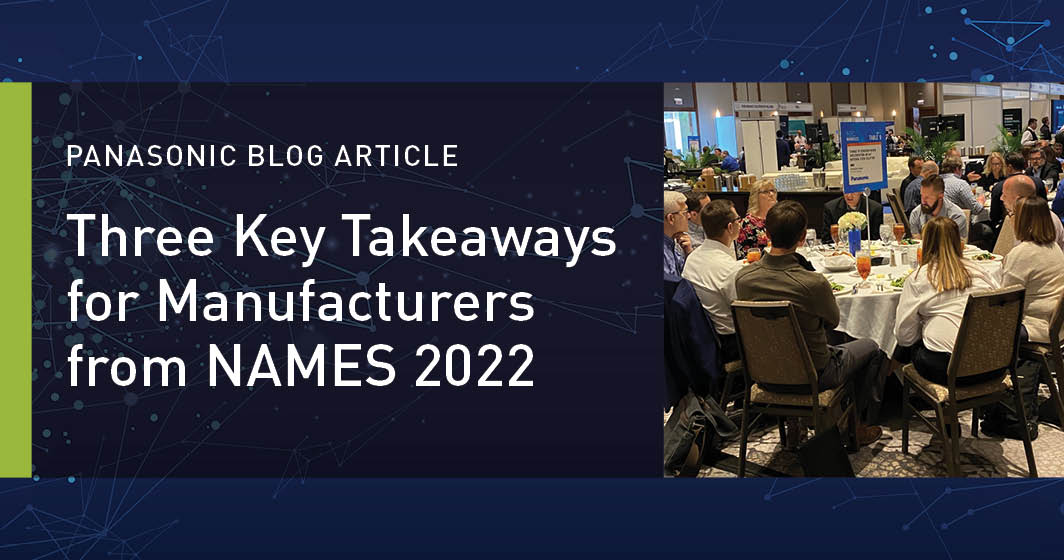 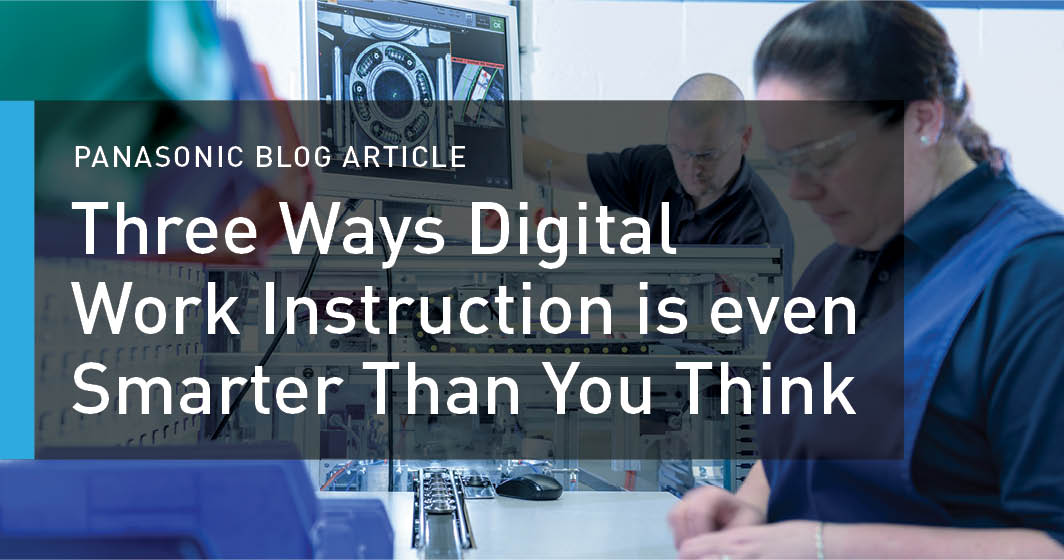 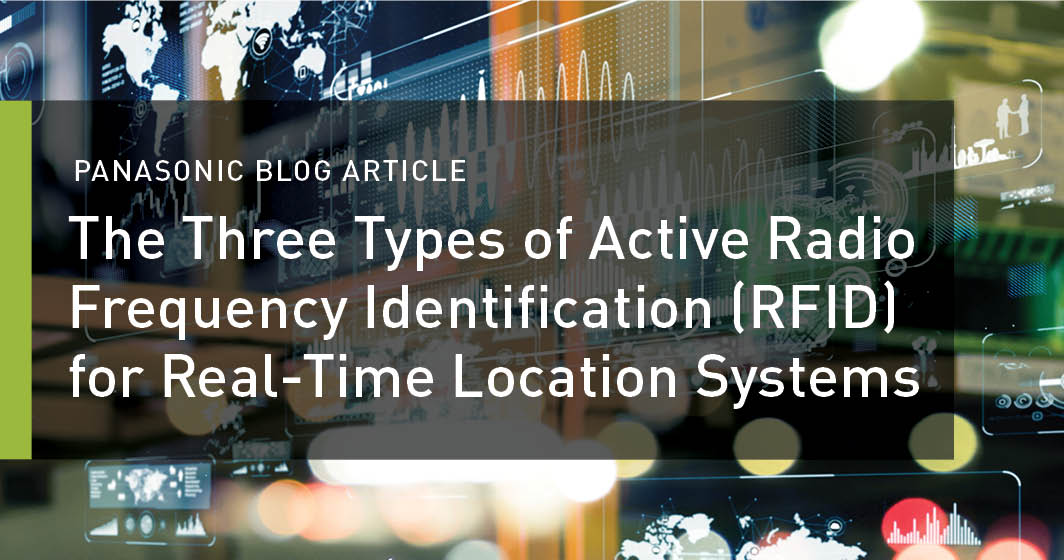 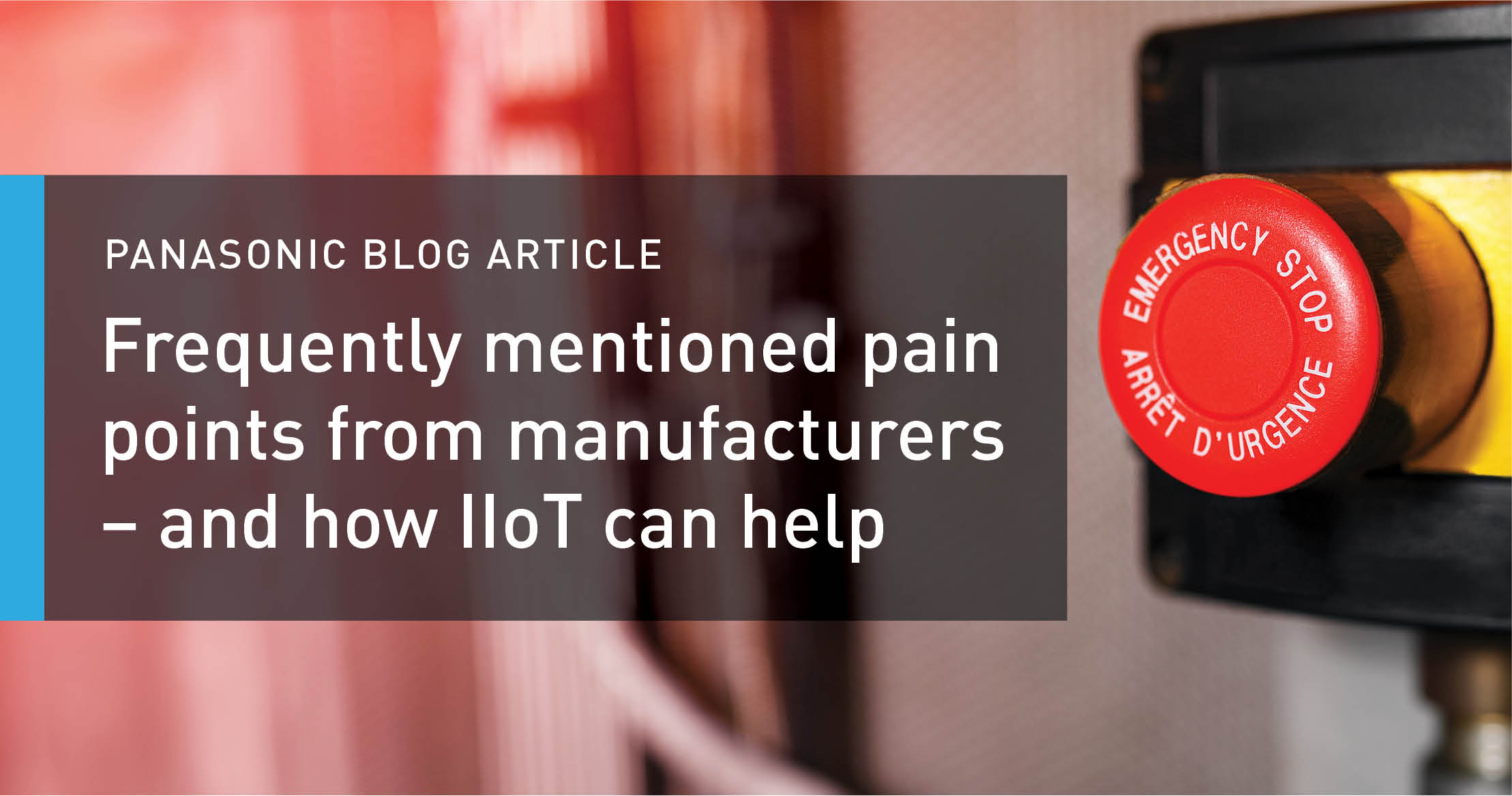 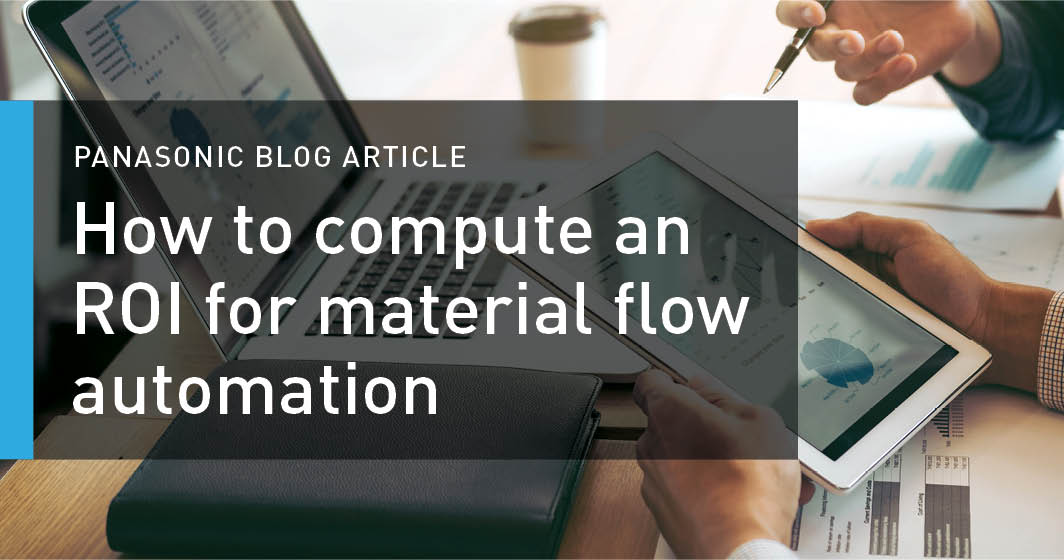 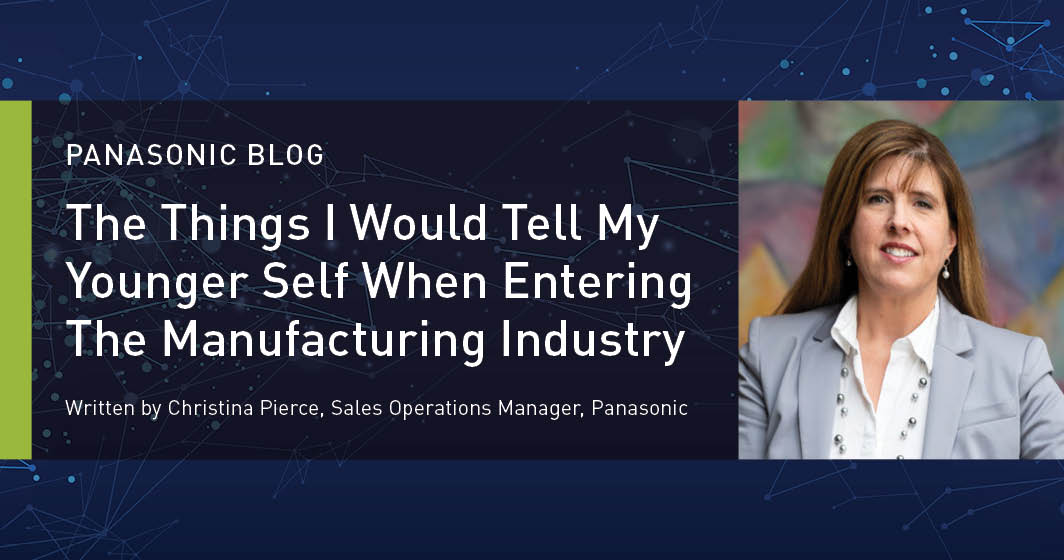 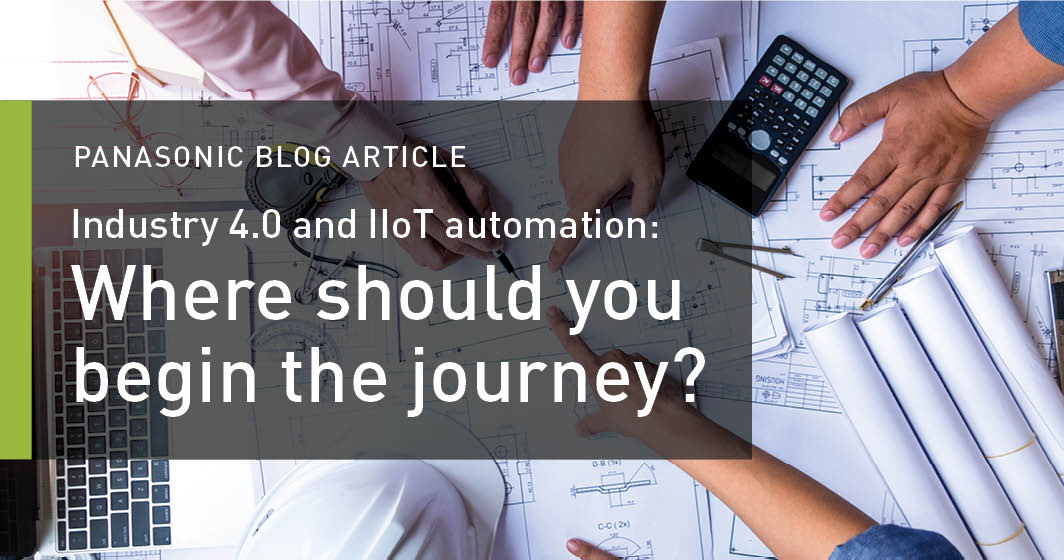 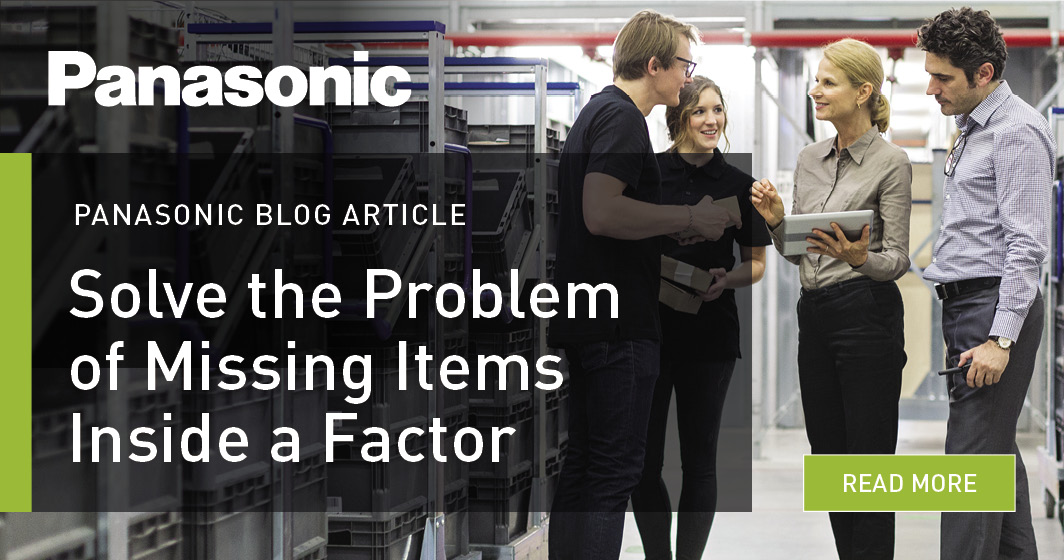 Fill out the form below to stay up-to-date with Panasonic IIoT Solutions.

Three Key Takeaways for Manufacturers from NAMES 2022
At the recent North American Manufacturing Excellence Summit, our team had the opportunity to meet with an abundance of manufacturing pros looking for ways to solve challenges facing the industry. Find out what we learned.
Three Ways Digital Work Instruction is even Smarter Than You Think
Digital Work Instruction means getting rid of confusing, outdated, and wasteful paper communications and putting the right information in front of the right employees exactly when they need it. It can be used on its own to improve quality and productivity or combined with other digital applications to maximize the benefits to your business.
The Three Types of Active Radio Frequency Identification (RFID) for Real-Time Location Systems (RTLS)
Real-time location systems (RTLS) have become increasingly popular in the manufacturing industry for plant managers and executives looking to improve the speed and accuracy of their operations.